Well, well, well, that was quite a game yesterday.  I don't even follow football or pretend to understand more than that each team tries to get to the opposite end of the field and score points, but thought it was an exciting game to watch anyway.  I got pulled in because my husband was watching, usually that football time finds me in my sewing room.  Congrats to the winning team and fans.  Both teams played hard.
I have a flimsy to show.  It is intended for a cousin's daughter who is expecting her first baby in April Z(I think).  I was told it is a girl, so I went for pinks and purples because the momma to be is favoring lavender for the baby's room.  It will have a lavender flannel backing. 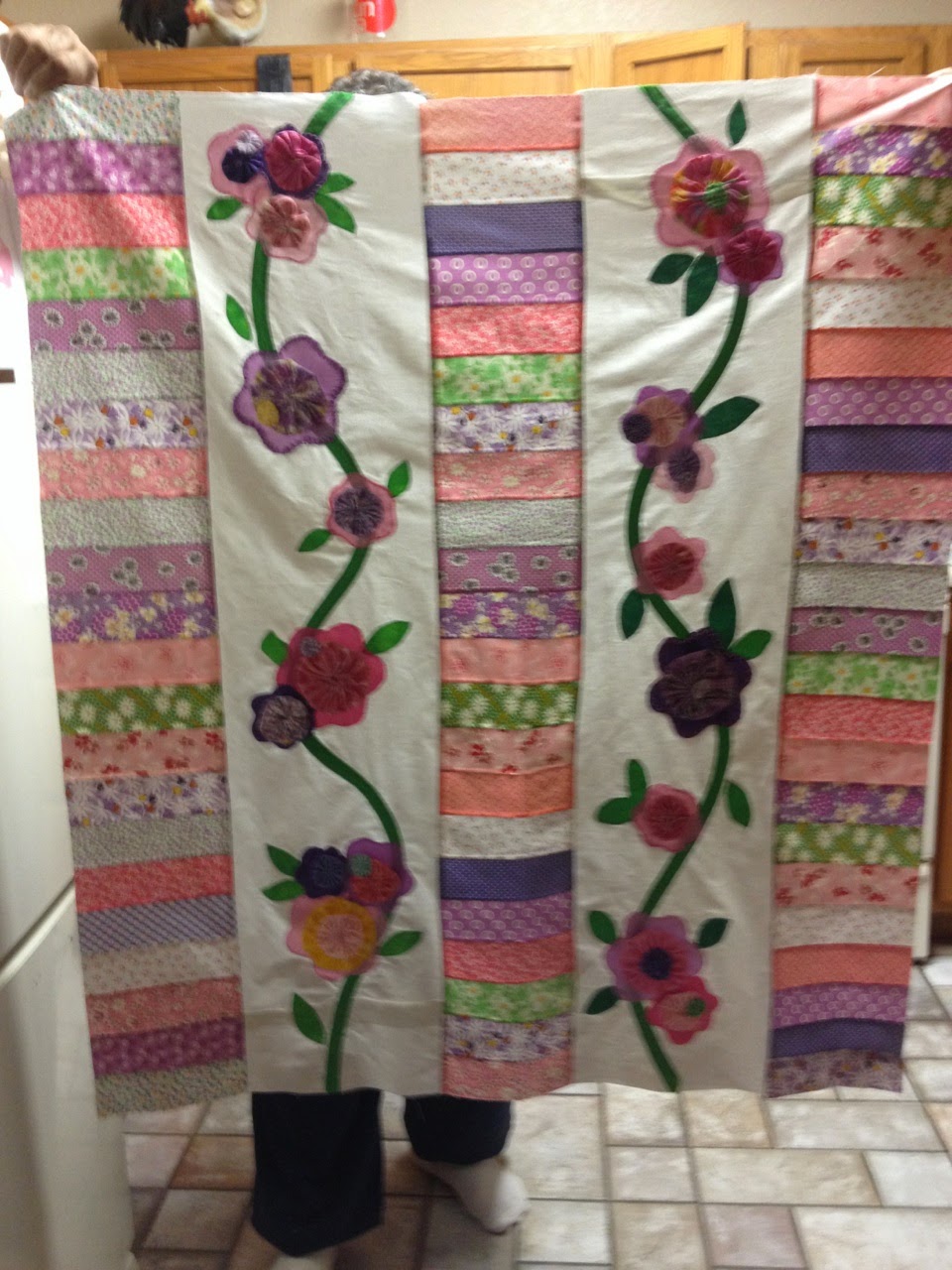 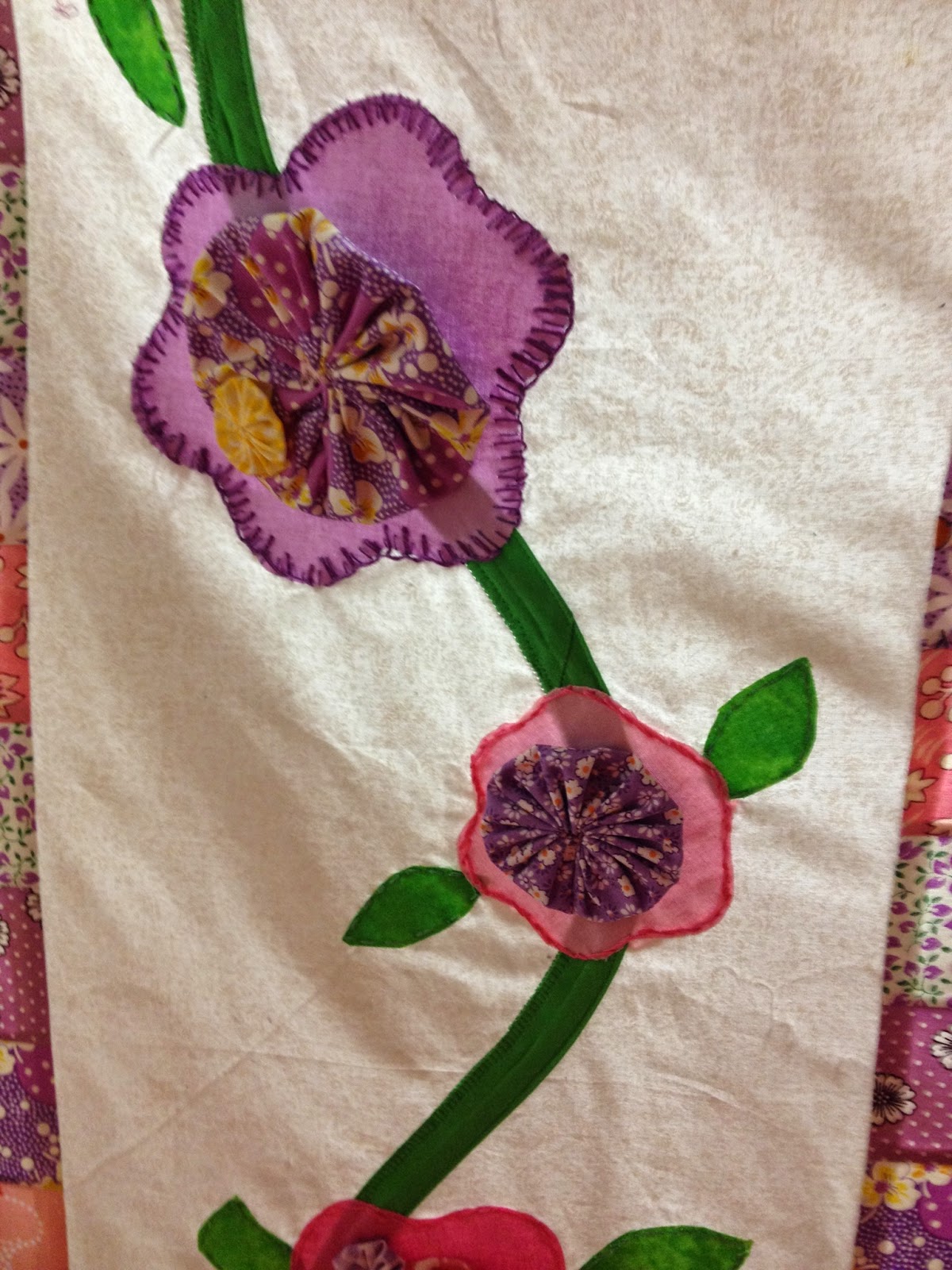 The fabrics are an assortment of the 1930's reproductions and then I fused some freeform flowers, hand embroidered the edges and added yo-yo's to them (the yo-yos are attached with the sewing machine zig-zag stitch through the centers and tacked on some of the edges.   I used SoftFuse for the flowers.  The winding stem is a bias tube I stitched on by machine.  It was difficult to hand embroider the edges through the fabric layers and the fusible.  The edges of flowers and leaves are embroidered with perle cotton #8 and #12.  I won't put a border on this and am not sure if I will try to machine quilt around it or use the birthing method and tie it.  It came out okay - I would like to try the flowers and vine again as a border, but don't think I will use the Soft Fuse, I will try the freezer paper turn under method.  I saw a similar wall hanging of the flowers on Pinterest and lots of pics of these "strip" type baby quilts, so I just put the two together.  That's it for this week !
Bernie
Posted by bernie at 9:49 AM